Elections for the Romanian Mediation Council 2019-2023 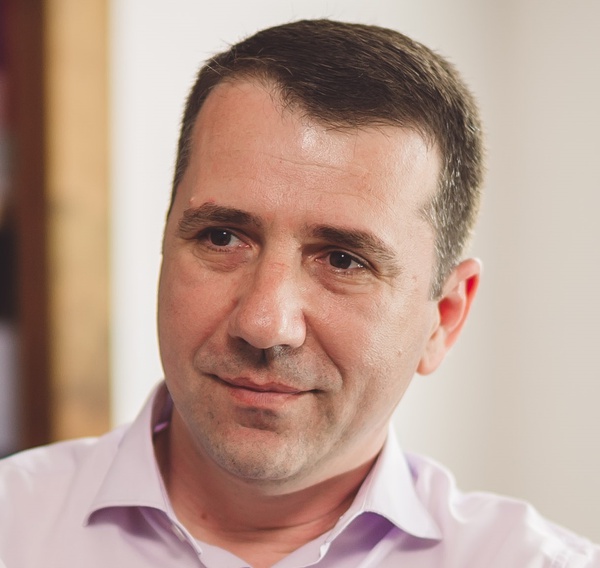 Romanian mediators are called on the 2nd and the 3rd of March 2019 to vote for the election of the members of the Romanian Mediation Council. Nine members and three alternates of the Mediation Council 2019-2023 will be elected for a four-year term by 4821[1] mediators that are authorized for practice in Romania. At the last democratic exercise in 2015, only 2,884 mediators[2] voted out of the total of 6714[3], resulting in a voting rate of almost 45%. We point out that the number of mediators in Romania has fallen by 30% in the last four years.

The Mediation Council was established in 2006 by law[4], as an autonomous body with legal capacity of public interest, in order to organize the mediation activity, having its headquarters in Bucharest. In Romania, in 2019, the organization of the mediation activity and the authorization of mediators are carried out by the Mediation Council, a body with an essential role in ensuring the quality of the mediation services. The state does not have any role in managing the system or controlling it, except for its influence on the legal framework, the 11 amendments to the mediation law and the 3 decisions of the Constitutional Court of Romania being evidence in this respect.

The practice of mediation in Romania is a rare, endangered bird, the impact of Decision no. 266/2014 of the Constitutional Court of Romania being devastating[5]. Nearly 15 years since its legal establishment, no statistics are in place on the use of mediation (outside or in relation to the judiciary), therefore there is no mirror in which mediation should look and have a moment of sincerity with oneself and with those around it. However, there are tens of thousands of "trained" mediators; fewer "authorized" mediators, and only a handful of practitioners, mediating mostly part-time.

At the same time, while the support of the public sector for mediation is limited only to statements, other potential users are not taking benefit of mediation. Where there is a minimum of information on mediation, the public perception is that mediation is a made-up activity that is not really necessary in the society. Although not correct, there is also the perception that the mediator's mission is structurally affecting the interests of the lawyers, the mediation activity being therefore seen as a threat.

Taking all this into account and the electoral process that knocks on the door in Romania, it is worth highlighting some differences in the legal framework of the Mediation Council in 2006, at its establishment, and now, in 2019.

In the first form of the law in 2006, the term of office of the members of the Mediation Council was set at two years and it could have been extended for the same duration only once.

In the form of the mediation law in 2019, the mandate of the members of the Mediation Council is for 4 years, without any limitation of the number of terms.

It is regrettable how the change has reduced the potential for rotation and contribution of several other mediators to the process of organizing the mediation activity in the capacity of members of the Mediation Council.

This mechanism was changed in 2012[6], meaning that the election is only made "by direct and secret vote".

If the activity of mediators aims in principle to stimulate collaboration between parties in a context that is usually competitive, unfortunately, the removal of the transparency and the electoral mechanism with representation seems to be a step in the opposite direction.

Eliminating the role of the state

The mechanism for the validation by the Minister of Justice of the elected members of the Mediation Council was eliminated through a modification of the law on mediation.

This change put Romania among the countries where the state no longer has any control or role on the mediation activity and the mediator’s profession. At the same time, in addition to their vote given every four years, mediators also don’t have any effective control mechanism on the activity and expenses of the Mediation Council.

Under the transitional provisions of the mediation law, in view of establishing the first Mediation Council, its members were appointed by mutual agreement by the legally-established organizations in the field of mediation at that time, taking into account the cumulative criteria regarding the length in time of the activity of the organization in this field according to the provisions of the statute, the number of specialized members, as well as the practical training and experience in mediation of the representatives of these organizations. The selection process was hosted by the Ministry of Justice and the result was validated by an order of the Minister of Justice.

The fact that this collaborative mechanism validated by an authorized public was replaced by the competitive one represented by the direct and secret vote is another element defining the dynamics of the regulatory framework of the Mediation Council in Romania.

Unfortunately, no amendments in the law described above were based on a genuine debate within the professional body, attended by representatives mandated by mediators in this regard. Mediators know that a "real debate" is more than just posting a draft text on the Internet for information and comment.

The issue is that through the Romanian mediation legislation, the state has delegated the task of managing the mediation activity too early to a system that has not proved its maturity. Power positions have been created, which the mediators naturally wanted for several reasons.

A stake was the attribute of the members of the Mediation Council in terms of training activity, thus stimulating the interest of several mediators to run precisely to gain the capacity of mediation trainers and even to accredit their own training providers in the field of mediation. This phenomenon could actually be noticed with a few exceptions for all members of the Mediation Councils.

Another stake was the participation in the management of a significant budget of millions of Euros constituted by taxes applied by the council to mediators, trainers and training providers, with the possibility for the members of the council to benefit from a steady income as indemnity.

The context was extremely favorable towards the current status-quo, given the autonomous nature of the Mediation Council, with no reporting, verification and control mechanisms towards mediators, the state or other possible stakeholders.

If anything can be saved and if this electoral process still has a stake, it would be interesting to observe the ability of Romanian mediators to choose well, using competence criteria rather than popularity ones, and in the interest of the mediation activity rather than personal interest. Unfortunately, the potential for choice based on competence criteria is low, as we talk about the same people, the same mechanism of choice and the same vision based on the introducing of mandatory mediation, no matter how, without any plans or debates.

I know, in Winston Churchill's words,” democracy is the worst form of government except for everything else”. However, after the election of the members of the Mediation Council, it might be the time to define a mechanism for representing the interests of the professional body of mediators based on transparency, inclusiveness, collaboration and competence.

Ultimately, not only the members of the Mediation Council, but the professional body of the mediators should answer some system questions about the representation of the mediators, the necessary mechanisms of "verification and control", the self-regulation capacity of the mediator profession, what support can be defined in the public policies, and, finally, what should be done to ensure that the beneficiaries of the mediation services understand, respect and use these services.

Until then, good luck to the candidates!

[6]Law 115/2012 for amending and completing the Law no. 192/2006 regarding the mediation and organization of the mediator profession.

Reflections in the Age of Coronavirus (COVID-19)

The roles of the mediator

Basic and Advanced Mediation Training for the Office of the ...

International Professional Symposium "Mediation on the Pulse of Time" organized ...