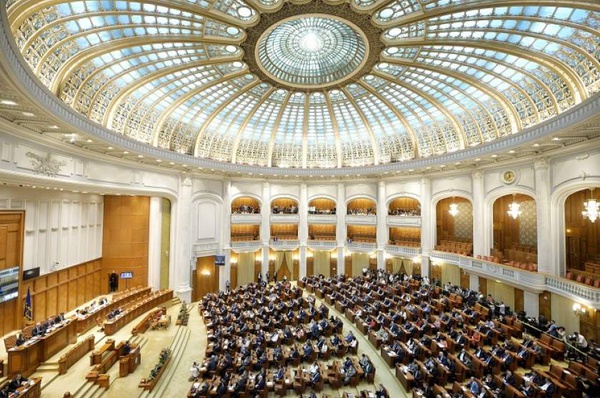 The good news is that the Romanian Government has taken a step towards availability for dialogue, communication and negotiation by regulating a mediation procedure between tax authorities and taxpayers. The not so good news is that there is no role provided for a mediator in this procedure called mediation, that in fact is negotiation. Once again, for the authorities in 2019, there is no difference between negotiation and mediation, thus regulating a novel mediation model, "mediation without a mediator".

Specifically, in January 2019 the Law no. 30/2019 for the approval of Government Emergency Ordinance no. 25/2018 regarding the amendment and modification of certain normative acts, as well as for the approval of fiscal-budgetary measures. Through this law, among other provisions, the Romanian Tax Procedure Code was also amended by introducing a "Tax (Fiscal) Mediation Procedure" regarding the extent of the tax liabilities of taxpayers and optimal solutions for their extinction.

The "mediation procedure" may be aimed at clarifying the extent of the tax obligation entered in the summons, if the debtor has objections to it and the tax authority and the debtor's analysis of the debtor's economic and financial situation in order to identify optimal options for paying the taxes, including the possibility of benefiting from certain advantages provided by law, such as paying in instalments. The result of the mediation as well as the optimal solutions for extinguishing the fiscal obligations are recorded in a meeting report. The extract with from the full ”tax mediation procedure” can be found below.

About mediation and mediators

According to art. 3, lit. b) of EU Directive 2008/52 / EC, ‘Mediator’ means any third person who is asked to conduct a mediation in an effective, impartial and competent way, regardless of the denomination or profession of that third person in the Member State concerned and of the way in which the third person has been appointed or requested to conduct the mediation.

Law no. 192/2006 on the mediation and organisation of the profession of mediator in Romania defines mediation as a way of amicable settlement of conflicts, with the support of a third party specialised as a mediator, in terms of neutrality, impartiality, confidentiality and with the free consent of the parties. Thus, mediation relies on the trust which the parties invest in the mediator, as a person capable to facilitate negotiations between them and to provide them with support for the settlement of the conflict, by reaching to a mutually convenient, efficient and sustainable solution.

The International Mediation Institute defines[1] mediation as a negotiation process facilitated by a trusted neutral without power to make decisions.

The fact that mediation is defined in many different ways is also recognized by doctrine[2]. No wonder the understanding of mediation also creates confusions for the policy makers, not just among citizens and the private sector.

What is the concern?

However, the existence of a third independent party, the mediator, with the role to facilitate the process of communication and negotiation between the parties is one of the common elements in the variety of approaches to mediation and the role of the mediator. This element is missing from the “Romanian Tax Mediation Procedure”. In other words, if we think of the Latin[3] origins of the term "mediation", in the " Romanian Tax Mediation Procedure" there is nothing and no one in the middle, between the two parties – the tax authority and the tax payer.

The purpose of this post refers to the unfortunate use of the term "mediation" in legislation and the causes that have generated such confusion as to what the mediation is in fact and what is the role, the utility and the necessity for the mediator.

If we only think about the misuse of the term "mediation", the solution is simple, replacing it with "negotiation" and solving the problem. In this way, negotiation would be the rule and mediation become an instrument that can be used if the tax authority and the taxpayer decide that the mediator's intervention might be useful – otherwise unlikely in the current circumstances. Or, it remains a mediation procedure, but with a very clear role for the mediator.

We ask ourselves what are the possible causes that have led to this situation? Why? Because if these causes are not identified, regardless of the jurisdiction we are discussing, situations like this will still occur and we will still try to deal with effects.

Otherwise, if their causes are correctly identified and eliminated, similar confusions and their effects can be prevented in the future.

First of all, it’s worth a look in the curricular areas of the educational environment. Indeed, from the first years of school to the highest academic levels, including legal education, with a few exceptions, we do not find programs aimed at understanding, preventing and amicably settling conflicts, practical information about the science and art of communication, or ways to stimulate cooperation in the dispute resolution space. In addition to factors related to the lack of certain trends in educational programs, once again, with some exceptions, the educational environment generally seems to be based on competitive paradigms in which it matters to be strong, to be the best, to win, in which the majority decides over the minority. The alternative paradigm is based on the idea of ​​collaboration, remedy, compassion and inclusive tools, and other values ​​that in some cultures are considered signs of weakness.

A second possible cause is that, given the limited understanding of mediation in the educational context described above, its use is not sufficiently stimulated by the law, which leads to extremely limited use with a few exceptions, as is the case with Italy and, more recently, that of Turkey, also based on the Italian model. In other words, on the one hand, without being actually used, mediation cannot really be understood, but on the other hand, if potential users do not correctly understand what mediation is, they will not require services, so will not generate practice. It's a chain of weaknesses.

It should be noted that another cause may be the lack of public policies on mediation in the European Union and Member States', the lack of concrete action plans for the development of mediation and the highlighting of the values ​​it promotes - a culture of dialogue, understanding, availability for prevention and amicable settlement of disputes, in which there is no equal sign between availability for communication and weakness, where the courts are not the first, but the last stop in the ”justice route” to which only those who cannot prevent conflicts or cannot solve them amicably at the previous ”stops”.

The "Tax Mediation Procedure" can over time become a "mediation procedure" or can be called as it is, in fact, a negotiation one. Of course, even if it is called a negotiation procedure, as it is actually described at this time, the parties will be able to decide from one case to another if they want to benefit from the independent facilitation of a mediator, mediation being thus a possibility.

Of course, these situations are possible amid ineffective communication within or between the professional body of the mediators and other stakeholders, including the institutions responsible for adopting public policies on mediation.

Therefore, it is desirable for institutions to consider sustainable, long-term solutions. Perhaps the time of "the field of 1000 roses" has passed and a coherent approach based on real impact studies, including at EU level, is needed.

If the negotiation is the whole, mediation is the part. Therefore, if we name the whole after the name of the party, we generate confusion about which one is and which is the other.

The confusion in itself is not a problem. The problem is that, in the current context, in which society still does not correctly understand what mediation is, it may be the perception that the mediator is the representative of the state, of the institution or of the stronger party, in no case an independent person.

Such perception would be very dangerous because it would interfere with the mediator's independence, a value that, in fact, lies at the foundation of the mediation procedure.

[3] The word "mediation" comes from Latin, where "medium" means "middle" or "center", and the verb "mediare" means "being in the middle" or "dividing in the center".

Reflections in the Age of Coronavirus (COVID-19)

The roles of the mediator

Basic and Advanced Mediation Training for the Office of the ...

International Professional Symposium "Mediation on the Pulse of Time" organized ...